The BIU Band has a long and distinguished history in Broken Hill and the surrounding Barrier Ranges in Far West NSW.

Starting out as Bermingham’s Band in 1899, with J.J. Bermingham and his 9 sons comprising the majority of the membership. The band soon increased in ranks and became the Broken Hill City Band in 1900.  The City Band enjoyed much success in competition and boasted numerous Australian Champion soloists. 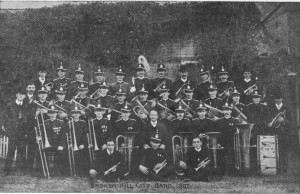 With the growth of the trade union movement in Broken Hill, the band gained the support of the local Barrier Industrial Council and changed its name to the Barrier Industrial Unions’ Band in 1936.  The band won Australian ‘A’ Grade championships in 1961 and 1963 under musical director Harold Walmsley.  During this period, the band also boasted many Australian solo champions including Roley Lower and Peter Walmsley.

It wasn’t until 1988 that females were admitted to the membership of the band. They currently make up 50% of the band including key positions.

In the early 1990s, the band lost the financial backing of the union movement and now relies on community support and donations from engagements. 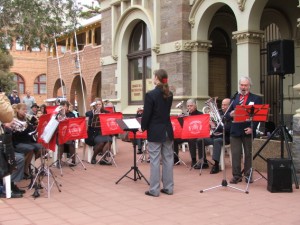